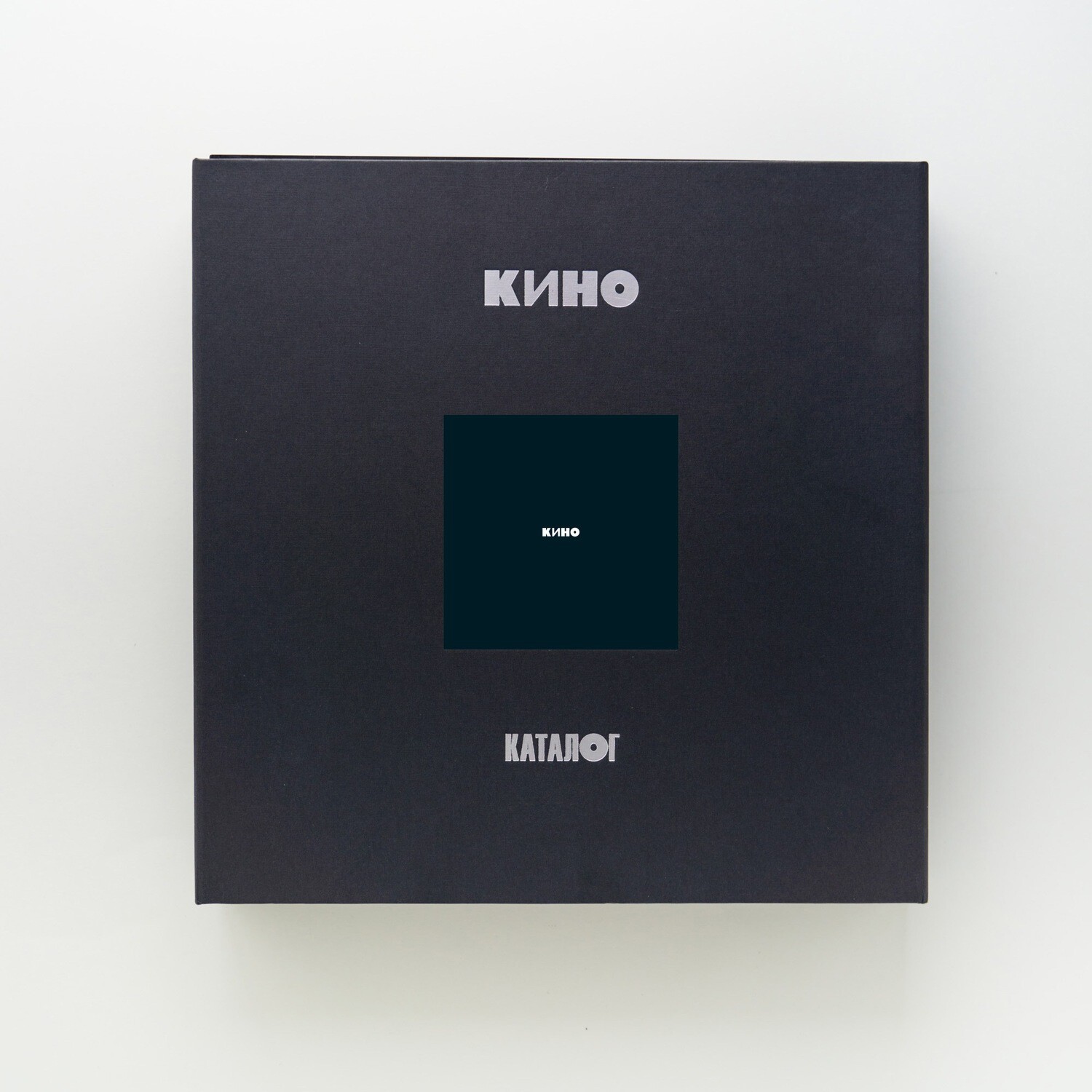 Maschina Records proudly presents reissue of KINO’s the last album unofficially called «The Black Album». The recording was started in summer of 1990 and finished later those year after tragic death of Victor Tsoi.

This edition contains a booklet with extensive liner notes and rare/unpublished photos. The original band members Yuri Kasparyan and Igor Tikhomirov, as well as Victor Tsoi’s son Alexender were also involved in the production and approval process.

A remastered version of the album, the single «Кукушка», complete recordings of live show plus demo tapes. The edition is made in the form of two jewel case boxes, equipped with a separate 48-page booklet and packed in a rigid external slipcase.

Deluxe Limited Box Edition is a pre-order boxing set of the album «KINO». The Box Set Includes:
Clear Vinyl LP with additional 7" single;
— Triple CD;
— Audio Cassette;
— Poster;
— Art Print with the design of the album and the autographs of the musicians of the group of cinema guitarist Yuri Kasparyan and bassist Igor Tikhomirov;
— Set of postcards;
— Sticketpack;
Save this product for later