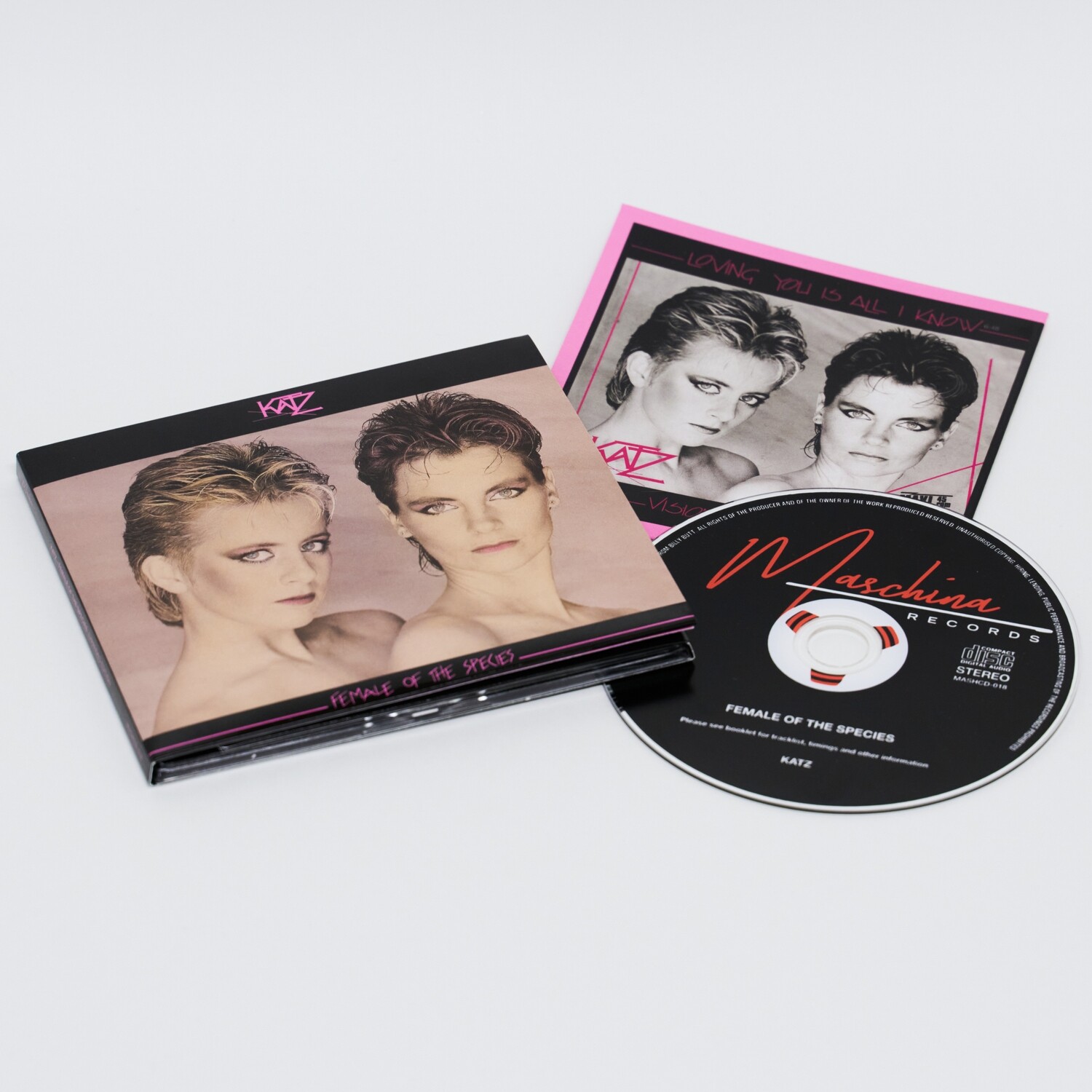 SKU MASHCD-018
950.00₽
In stock
1
Product Details
Maschina Records continues a series of re-releases of rare disco albums of the 80's and represents the Swedish duet KATZ. The album «Female Of The Species» was released in 1986 and immediately became a sensation in Europe. A great fashionable Eurodisco sound in the style of such stars as SANDRA, C.C. CATCH and SAMANTHA FOX fell in love with the discerning audience. The songs were written for the duet by the author's tandem of the members of the famous Swedish band SECRET SERVICE Norel - Oson. Under the license the album was issued by the Soviet label MELODYA. The record was sold in the Soviet Union in more than 500,000 copies. Songs of the duo sounded everywhere.
The original album was not released on CD, only on vinyl records and cassettes.
Musical publishing house Maschina Records presents the first official ultra limited edition of this album in CD format. To release the album, a modern remastering was done using original master tapes. The edition is supplemented by 3 rare non-album bonus tracks.
The publication is made in the form of a colourful six-panel digipack, complete with a 12 page booklet with archival photos and a biography of the group. Only in pre-order until 10 August the price of the edition is 700 Rubles! After the end of the period pre-order, the price will be significantly higher. Hurry up to purchase now!

Save this product for later